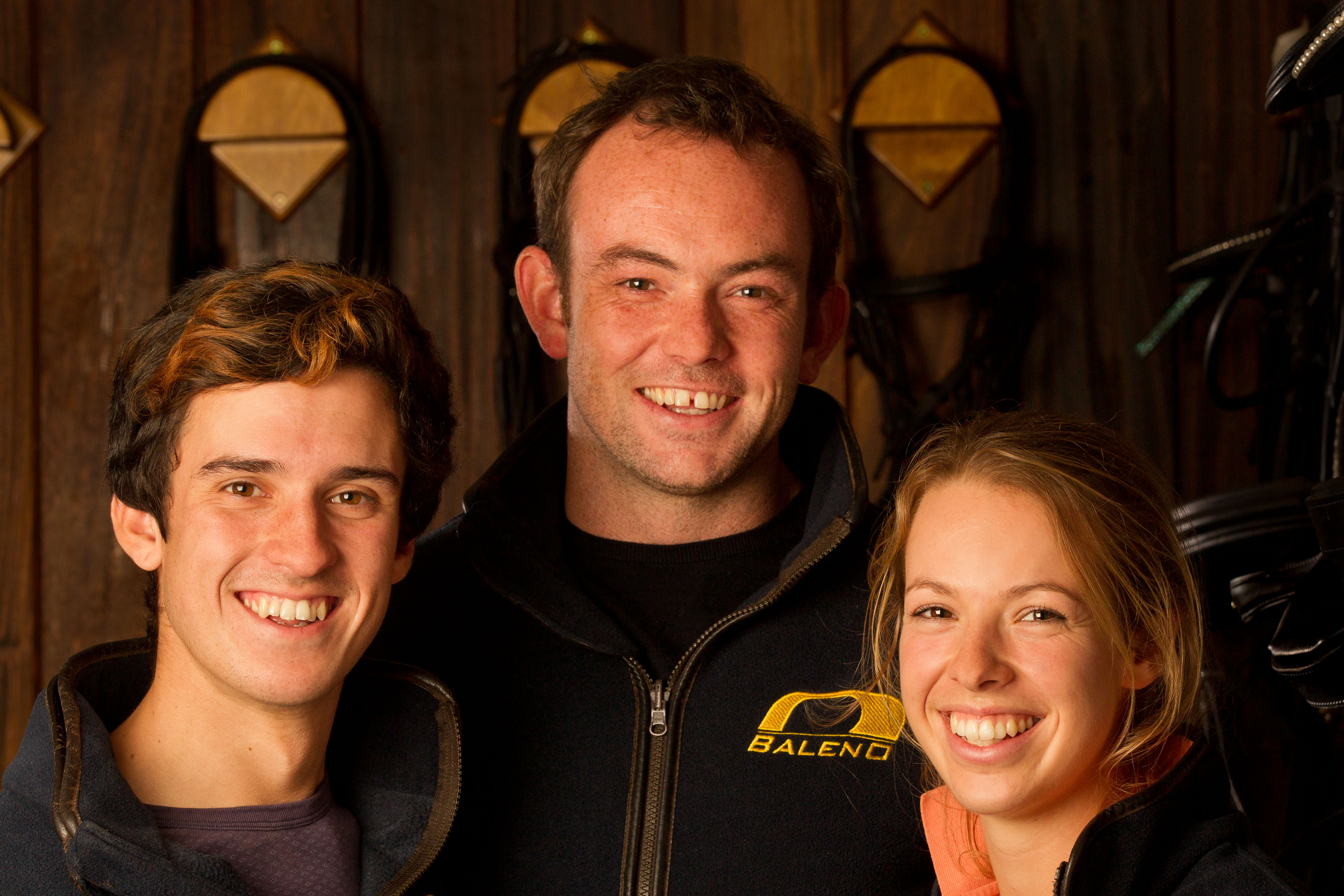 Forget the World Cup. The three trainers who run Chew Magna based Collective Equestrian are all vying for the top spot at the moment, having each enjoyed success on the professional rider circuit over the last few weeks.

Alex Harrison – UKCC 3 and one of the country’s youngest BD List 3 judges – travelled to Germany to represent Great Britain at the Hagen CDIO / CDI ‘Future Champions’ show, hosted at Hof Kasselman. Alex was competing Diamond Hill (Damo) who at just 7-years old was the youngest horse on the team. This was Damo’s first international and the pair scored an impressive 68.72% in the Young Riders and 70.14% in the individual. As a result of these scores, Alex has since been selected to ride on the European Championship team and is looking forward to flying the flag for Great Britain. Alex said “Damo exceeded all expectations every step of the way and I couldn’t be prouder of him given this is his first trip across the pond. I’m looking forward to donning my red collar team tailcoat… Just a reminder for Jonny and Liza who their superior is!” said Alex whilst taking cover!

Elizabeth Allen – UKCC 3 and BHS I, was quick to rise to Alex’s challenge and soon showed her form at the Hickstead Premier League, riding 6-year old Frankie. This was Frankie’s first ‘big’ show and the pair scored a fantastic 75%, earning fourth place in the National Class and 71% and another 4th in the International class.

Adding to Elizabeth’s tally of results at Sheepgate Premier League, Frankie won the International 6-year old Class on 70% qualifying them for the British Young Horse Championship held at Hickstead CDI later this month. Frankie has also qualified for the summer regionals at Novice level, as has Elizabeth’s other 6-year old ride Harry with scores up to 75%. Proving that ‘girl power’ is very much in force at Collective!

Not to be outridden, Collective Equestrian owner Jonny Clarke-West, also competing at Hickstead achieved 69% in the Inter1, securing 4th place but then went on to top the leaderboard on 70% to win, earning the pair a direct qualification for the BD Nationals in September. Jonny and his ride Zak will be heading back to Hickstead, for the CDI in just a few weeks.

Jonny commented, “Hickstead has to be one of my favourite shows. When the weather delivers, and you can get a table in Brighton for oysters and champagne, there’s nothing better! And of course, it always helps to pack-in a win, as well. Just reminds Alex and Liza that there’s genius at work!”